Four trends that could upend the U.S. housing market

(Source: IHS Markit) – The COVID-driven national homebuying surge has waned. The following four trends, all currently on the horizon, have the potential to upend the housing market over the next few years. 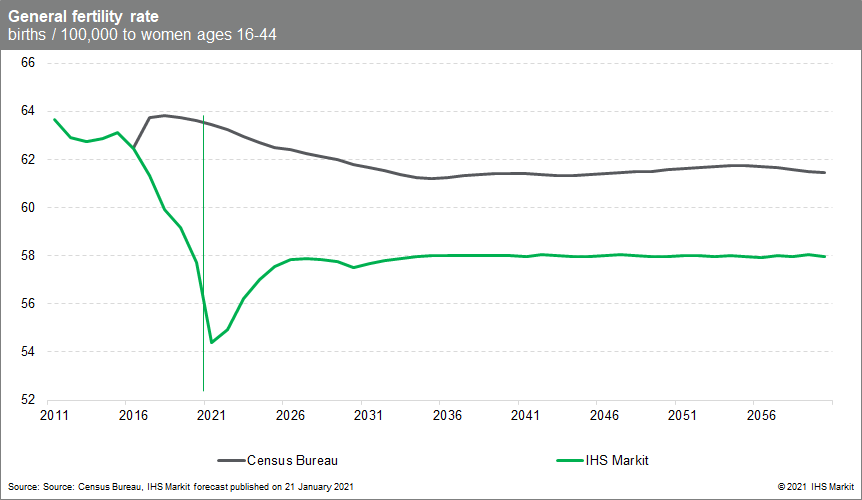 Contrary to popular belief, the COVID lockdowns had a negative impact on birth rates. So profound was the COVID effect that in our annual paper on population projections, we lowered our total US population predictions for 2030 by    roughly 7 million people.

Coincidentally, 7 million is roughly the number of homes sold annually in the US (5.5 to 6M existing and 750K new homes). Our population models point to fewer children and families, the primary customer base for single-family homes.

Population dips tend to happen during financial crises for several reasons: young people may move back into their parents’ homes; others delay marriage due to poor job prospects; those with steady employment may face longer hours; existing parents may struggle with a squeeze on childcare options. In 2021 alone, we estimate these factors to have reduced the number of US Residents by 600K. 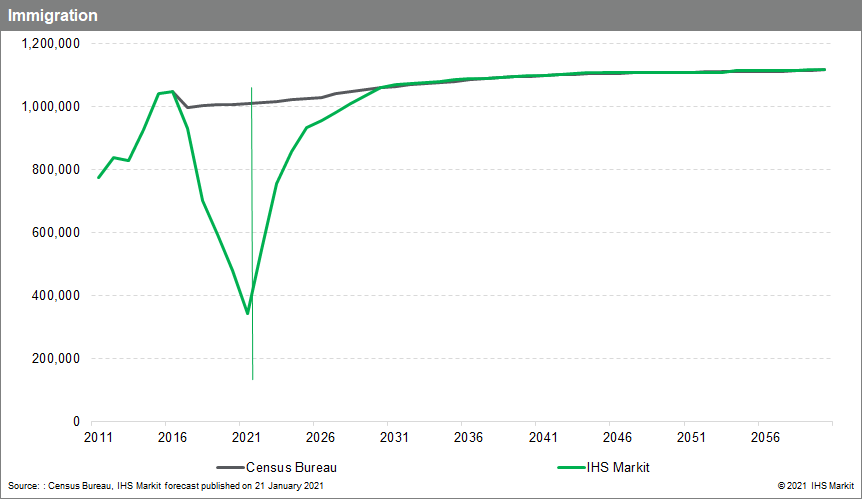 Having fewer families in the future is fitting considering the issues around the construction labor pool. Simply put, the new talent entering the construction industry is not keeping pace with an aging workforce of skilled tradesmen.

In addition, 18- to 25-year-olds tend to regard skilled trades (i.e., plumbing, carpentry, etc.) with apprehension. In a 2017 survey by the National Association of Home Builders, most young adults view the skilled trades as too physically demanding or difficult. When propositioned with salaries in the $75K – $100K range, only slightly more than 20% of this demographic would even consider a skilled trade.

The good news is, recently, more young people are entering the skilled trades and lowering the median age by one year. With salaries rising, there is no doubt this calculus is changing but, there is still a need to recruit and train the next generation, even if the next generation requires naturalization.

Could we run out of copper and steel?

As we watched lumber prices soar during the pandemic and retreat since we asked ourselves if the commodity risk has started to pass. The answer is: not really because steel and copper prices remain uncertain in the long run.

In our October Steel Monthly Report, we note softening steel prices through 2021. However, a combination of increased global demand and Mainland Chinese production cuts in 2022 may upset this trend and send prices upward again.

In our October Pricing Analysis of Copper, we foresee the Delta variant having the potential to send copper prices to record highs. This new strain could re-close mining production and ports due to government controls and lack of labor.

Separately, the green energy movement being discussed in Congress is another but potentially larger disrupter to the Copper market. Boundless spools of copper are the lifeblood of new electrical generation technologies and electric grids. Household wiring, plumbing, electric boxes, and outlets all require copper and would face scarcity amidst a Green New Deal initiative. 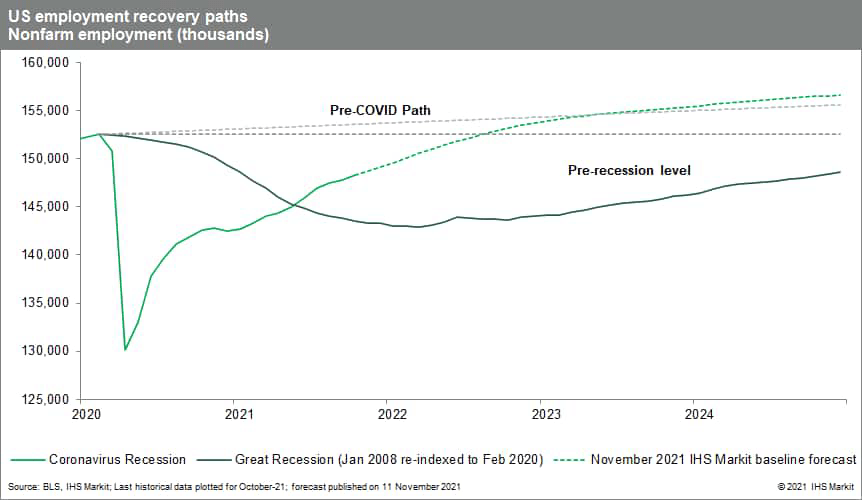 Beyond population, labor, and commodities, there may be a larger, more systematic risk to general financing.

Forbearance is when a lender allows a household to make smaller payments temporarily on the condition the full amount is repaid later. Forbearances turn into foreclosures when households cannot repay the loan.

As of August 2021, 1.6 million households were in forbearance. However, if the unemployment rate follows our predicted path, as noted in our September US Macro Watch Compilation, most homeowners in forbearance will keep their homes, though this is contingent on how government authorities react to the resurgent Delta variant to keep the economic recovery on track.

Projected home prices and interest rates may challenge Americans’ ability to stay out of forbearance and foreclosure in the near future. Home prices climbed 17% versus the prior year and, according to the Zillow Home Price Expectation Survey, many believe home prices are expected to grow faster than inflation, at least through 2025. A home priced today at $500K may be worth $588K in 2025 and carry a 33% higher mortgage payment based on our rate estimates. This leads one to wonder, are we heading into a major correction?