(Credit: The MReport) — For the first time, the annual growth rate in home sales to first-time buyers under performed the single-family housing market, as first-time buyers purchased 4% fewer homes in Q2 2019 than last year, according to Genworth. 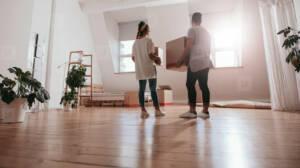 Sales to first-time buyers fell 3% from Q1 2019, and the report states that improved housing affordability has caused a “moderate rebound” since Q4 2018, with overall sales up 4%.

There has not been a rebound for first-time buyers, as sales have declined 6% since Q4 2018. Also, 43 states reported slowdown of home sales from first-time buyers during the quarter, which is an increase from 39 states in Q1 2019.

States that reported increases were: Maine (11%); Massachusetts (7%); Arkansas (6%); Rhode Island (5%); Connecticut (1%); and Ohio (1%). Wyoming and Pennsylvania reported no change in sales to first-time buyers. All other states reported decreases, with the highest being North Dakota’s 15%.

“First-time homebuyers continue to represent a large part of the activities in the housing market. In Q2, they represented 36% of all buyers in the single-family housing market and 55% of new purchase borrowers,” the report states.

Affordability struggles are apparent across the U.S, culminating in a slowdown of the housing market during Q4 2018, Genworth stated. That trend began to reverse in Q1 2019 as the slower rates in the housing market cooled home-price growth.

“The 50 basis point gap between these two measures of interest rate is largely the result of timing,” Genworth stated. “First-time homebuyers who locked in rates in Q2, but closed in Q3, will likely see lower rates and further reduction in monthly mortgage payments.”