(Source: Bismarck Tribune) – North Dakota’s economy is showing signs of stagnation and a slowing recovery from the coronavirus pandemic, according to a quarterly outlook from North Dakota State University. 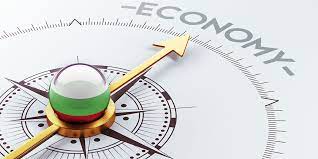 The most recent modeling predicts declines in gross state product, labor force participation, and total wages and salaries, according to the report published this month.

“The overall economic outlook for the state had been improving amidst the recovery from the COVID-19 pandemic, but the most recent data shows a state economy that is at risk of declining economic growth and a shrinking labor force,” said NDSU economics professor Jeremy Jackson, director of the Center for the Study of Public Choice and Private Enterprise.

North Dakota’s labor force expected to decline into next year

North Dakota’s gross state product grew 1.85% in the first quarter of 2021. That was up from the growth rate of 1.33% in the previous quarter, but gross state product is forecast to decline heading into 2022. Despite the forecast decline, the model predicts relative stability in total tax collections.

The outlook for Bismarck is “neutral,” with a metro-area economy that “has lost some of its steam but is projected to hold steady,” according to the report.

Total wages in the city are expected to fluctuate this year with little to no growth at year end. The size of the labor force is forecast to hold steady. The unemployment rate — 3.63% in the second quarter — is forecast to have some volatility but continue a decreasing trend. Bismarck’s housing price index is expected to remain relatively constant over 2021 with mild growth at the end of the year.

Both the Fargo and Grand Forks metro areas are showing signs of continued recovery, the report said.

The North Dakota Forecast Model uses historical data and trends to predict future economic outcomes for the state. The report notes that North Dakota’s economy is heavily tied to oil, and its economic path can be influenced by changes in the price of crude.

The model for the third quarter report used data from the St. Louis Federal Reserve on August 4. The full report can be found online here.