The CRA enacted in 1977, requires the Federal Reserve and other federal banking regulators to encourage financial institutions to help meet the credit needs of communities in which they do business, including low- and moderate-income neighborhoods. The Federal Reserve Board, the Federal Deposit Insurance Corporation (FDIC), and the Office of the Comptroller of the Currency are all responsible for the CRA. 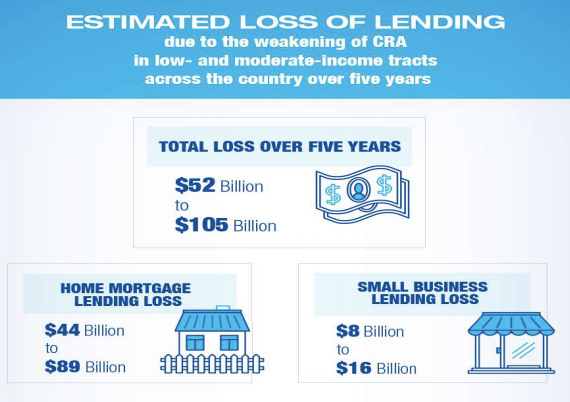 Last month, the FDIC and Office of the Comptroller of the Currency proposed changes to the Act, which would be the first major overhaul in a quarter-century. Recommended changes that the nation’s central bank publicly and pointedly did not join in supporting.

Some banks have long called the CRA’s requirements burdensome and impractical. But the Act has ensured that relatively poor individuals, small businesses, and rural areas receive loans. For this reason alone, LCD Group Executive Director Brent Ekstrom says the CRA has provided “a financial lifeline to many North Dakota small businesses and communities.”

The proposal calls for a number of changes that Ekstrom argues would have detrimental impacts to North Dakota. Among Ekstrom’s major concerns are:

These and many other changes Ekstrom argues would incentivize banks to pursue large deals, which will disincentive the very thing the CRA was designed to protect – access to loans for people with low- to moderate-income and small businesses.

“I have to echo former FDIC Chairman Martin Gruenberg’s description of these proposed changes to the CRA as deeply misconceived,” states Ekstrom. “These changes would fundamentally weaken and undermine the act.”

“The CRA was enacted to ensure financial institutions are providing services to underserved populations. These changes will have the opposite effect and hurt North Dakota small businesses and communities. From an organization that works to improve the standard of living for all North Dakotans it is vital that we don’t allow these changes to happen,” said Ekstrom.

LCD Group, along with hundreds of other community development groups and institutions, are voicing their concerns about the changes during the established commenting process.

Federal Reserve chair Jerome Powell is opposed to the changes as currently proposed. In recent comments to the media, Powell said he hopes regulators can get on the same page ominously adding, “If we can’t, I’m not sure what the path forward will be.”