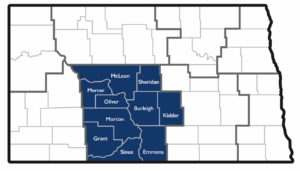 Over the course of the next few weeks, LCD Group Executive Director Brent Ekstrom is meeting with county commissions and officials in this region to update them on the group’s work and to highlight the organization’s considerable impact.

It’s an impact that is, by any measure, substantial and one measured in tens of millions of dollars, thousands of jobs and new projects. If you have any doubt, then simply look at the numbers.

“The numbers don’t lie. They only underscore the ongoing critical role the Regional Council plays in the region’s economic development, especially for our small communities,” says Ekstrom.

And Ekstrom notes its a role that extends beyond Main Street into areas that improve the quality of life and the basic infrastructure of communities.

“When you look at many of our projects, we’ve been responsible for financing multi-family housing units, basic infrastructure such as community water systems, and amenities like community swimming pools.”

The role of regional councils is being discussed more thanks to the governor’s ‘Main Street Initiative’ and the state’s current budget situation.

“It’s hard to overstate our work’s impact and importance to our region. We don’t say this to brag, or to be arrogant in any way. But the regional council model has served North Dakota well,” adds Ekstrom.

“We have a great relationship with our counties. We’re more than lenders. We really are partners in their progress. The the return on investment they’ve received over the years from their regional council dues is significant and, for many small businesses and communities, it has made all the difference.”