(Source: Financial Times) — A decade ago, the average house in Ohio’s leafy state capital Columbus would sit on the market for almost 100 days before being sold. Today, a similar property sells in just 10 days. 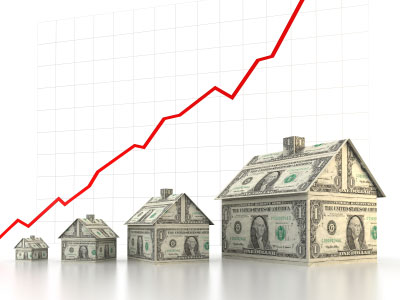 It has never been like this,” said Michael Jones, a real estate agent at Coldwell Banker Realty with more than 20 years’ experience in central Ohio. “It’s unprecedented.”

U.S. policymakers are becoming increasingly concerned about the rising price of housing for both homeowners and renters, as the broadest global house price boom for at least two decades drives up living costs.

“Today, it is harder to find an affordable home in America than at any point since the 2008 financial crisis,” Marcia Fudge, U.S. Housing and Urban Development Secretary, said at a recent congressional hearing.

Nationally, house prices in May were 16.6 per cent higher than the year before, according to the latest S&P CoreLogic Case-Shiller index update — the biggest jump in more than 30 years of data and up from 14.8 per cent in April.

“A month ago, I described April’s performance as ‘truly extraordinary,’ and [now] I find myself running out of superlatives,” said Craig Lazzara, global head of index investment strategy at S&P Dow Jones Indices.

The pace of price growth and sales has been particularly fast in smaller cities, suburban enclaves and towns. 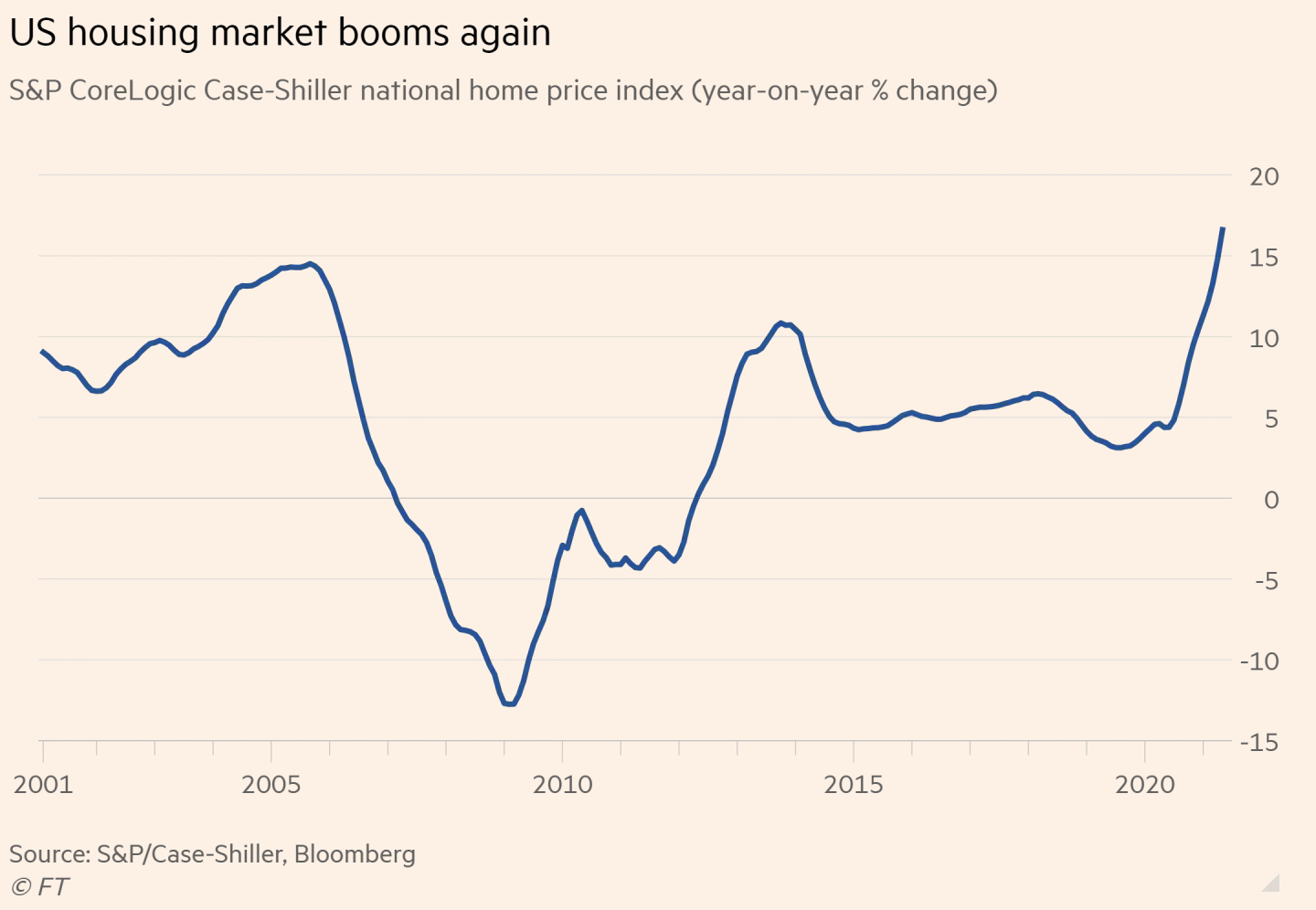 Columbus’s housing market has exploded since the start of the pandemic, as historically low interest rates, remote working, increased demand for larger homes and a relatively limited supply of houses for sale sparked a feeding frenzy among prospective homebuyers and a windfall for sellers.

Homes in Columbus sold more quickly than in any other large metropolitan US area, according to Zillow, the property website. Almost three-quarters of Columbus properties were under contract in less than a week in April. Other fast-moving areas included Denver, Colorado, and Salt Lake City, Utah. The fierce competition means many properties are selling at a significant premium to their listing price, favoring those on higher incomes or younger first-time buyers whose parents are willing to stump up the cash required to win a bidding war.

Columbus’s average sale price has jumped 15.8 per cent in the past year, according to Columbus Realtors, the local industry body of which Jones is president.

“People say to me, ‘Don’t you love this market?’” he said at a recent open house for an almost 6,000 square foot family home with a listing price of just under $1m in a residential neighborhood east of downtown Columbus.

“I say, ‘Not especially, because I represent buyers and sellers alike,’” he added. “Somebody is a loser here.”

Other places have experienced even more frenetic sales. Median home prices in Austin, Texas, have risen 40 per cent year on year, according to online real estate brokerage Redfin. Buyers have also flocked to Phoenix, Arizona, where prices are almost 30 per cent higher in the same period. In Detroit, Michigan, they have risen 56 per cent.

Suburban enclaves and smaller towns have also benefited. Redfin reported last month that median home prices in “car-dependent” U.S. areas had surged at twice the pace of those in “transit-accessible” cities since the start of the pandemic — with the former gaining 33 per cent while the latter increased 16 per cent.

Across the 30 largest metropolitan areas in the US, Columbus, along with St Louis, Missouri, and Tampa, Florida, logged some of the biggest net increases in people arriving in the area, according to an analysis of US Postal Service records of mailing address changes by commercial real estate and investment firm CBRE.

Most moves came from the “surrounding area,” defined as a few hours’ drive from the householder’s previous address, the analysis suggested. 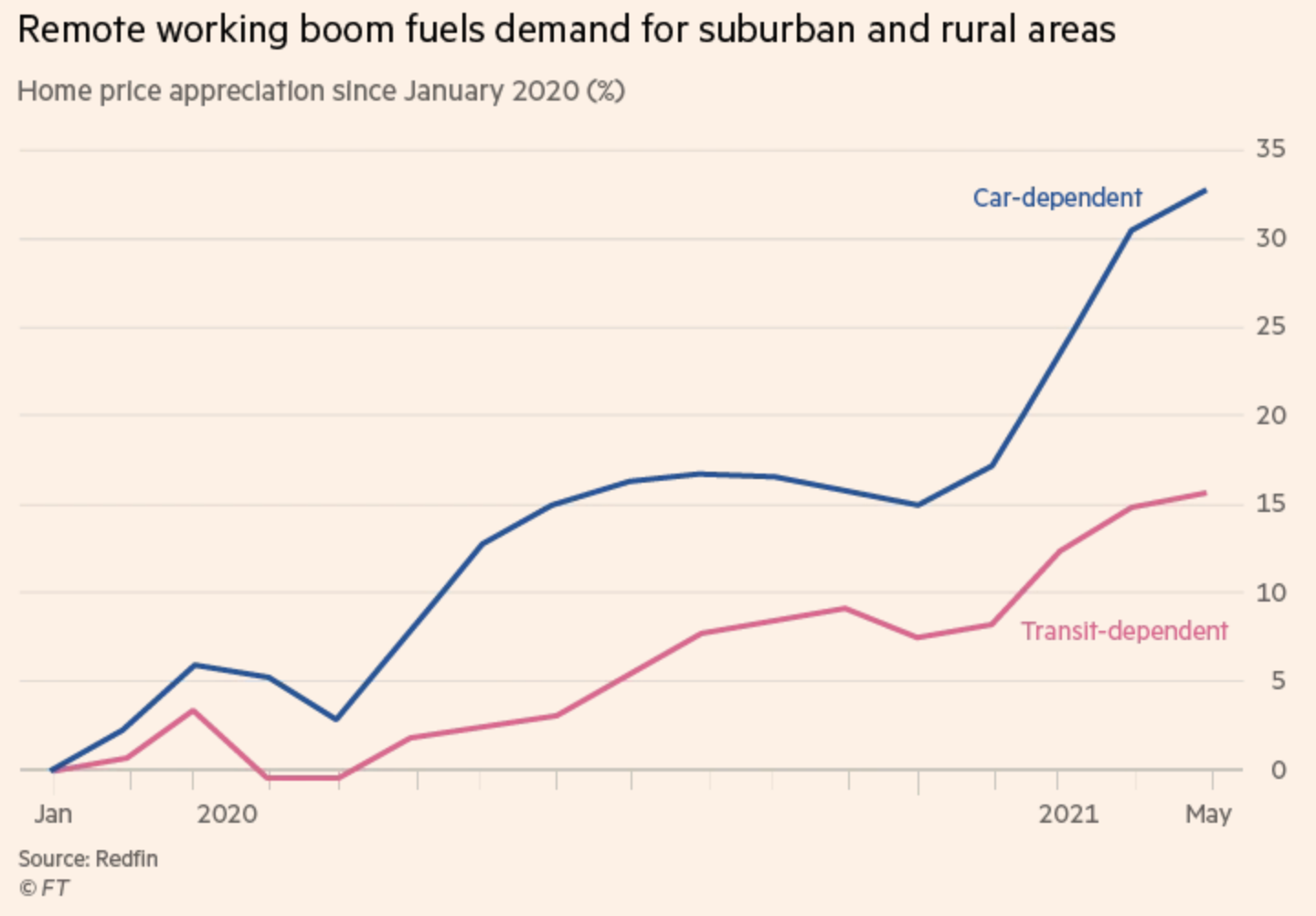 The house price spiral is feeding into the rental market too. According to Apartment List, a listings website, national median rent has risen 11.4 per cent so far this year, more than three times the average increase in the same period in the previous three years.

“The high cost of housing keeps millions of families up every night,” Fudge warned. “They wonder if they can afford to keep a roof over their head — and still manage to keep their lights on, to pay for their prescriptions, to put food on their tables.”

Industry experts say the pace of price growth is set to slow as supply begins to catch up with demand.

The number of existing-home sales rose 1.4 per cent month on month in June, according to the National Association of Realtors. Lawrence Yun, chief economist at the industry body, said supply had “modestly improved in recent months due to more housing starts and existing homeowners listing their homes, all of which has resulted in an uptick in sales.”

Real estate experts and economists surveyed by Zillow expect price growth to peak this year and then ebb.

“At a broad level, home prices are in no danger of a decline due to tight inventory conditions, but I do expect prices to appreciate at a slower pace by the end of the year,” Yun said.

Daryl Fairweather, chief economist at Redfin, said “homes that would have gotten 20 offers are now getting only two or three.”

But she added that while “we are already seeing demand start to stagnate,” prices were not coming down significantly — suggesting that policymakers’ concerns about affordability are likely to persist. 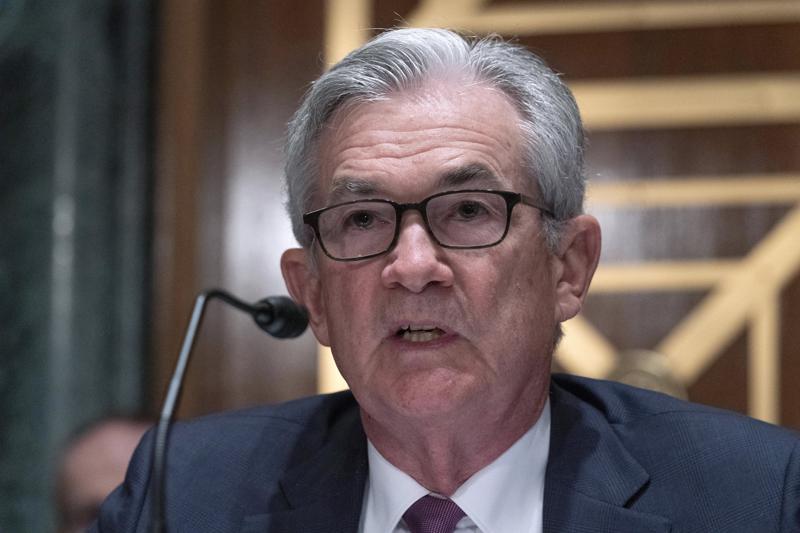 Federal Reserve chair Jay Powell recently said that today’s trend looked distinctly different to the one a decade ago that pre-empted what was at the time the worst recession since the Great Depression — but he called the problem of housing affordability “a big one”.

“Housing prices are moving up across the country at a high rate,” he told a congressional committee last month.