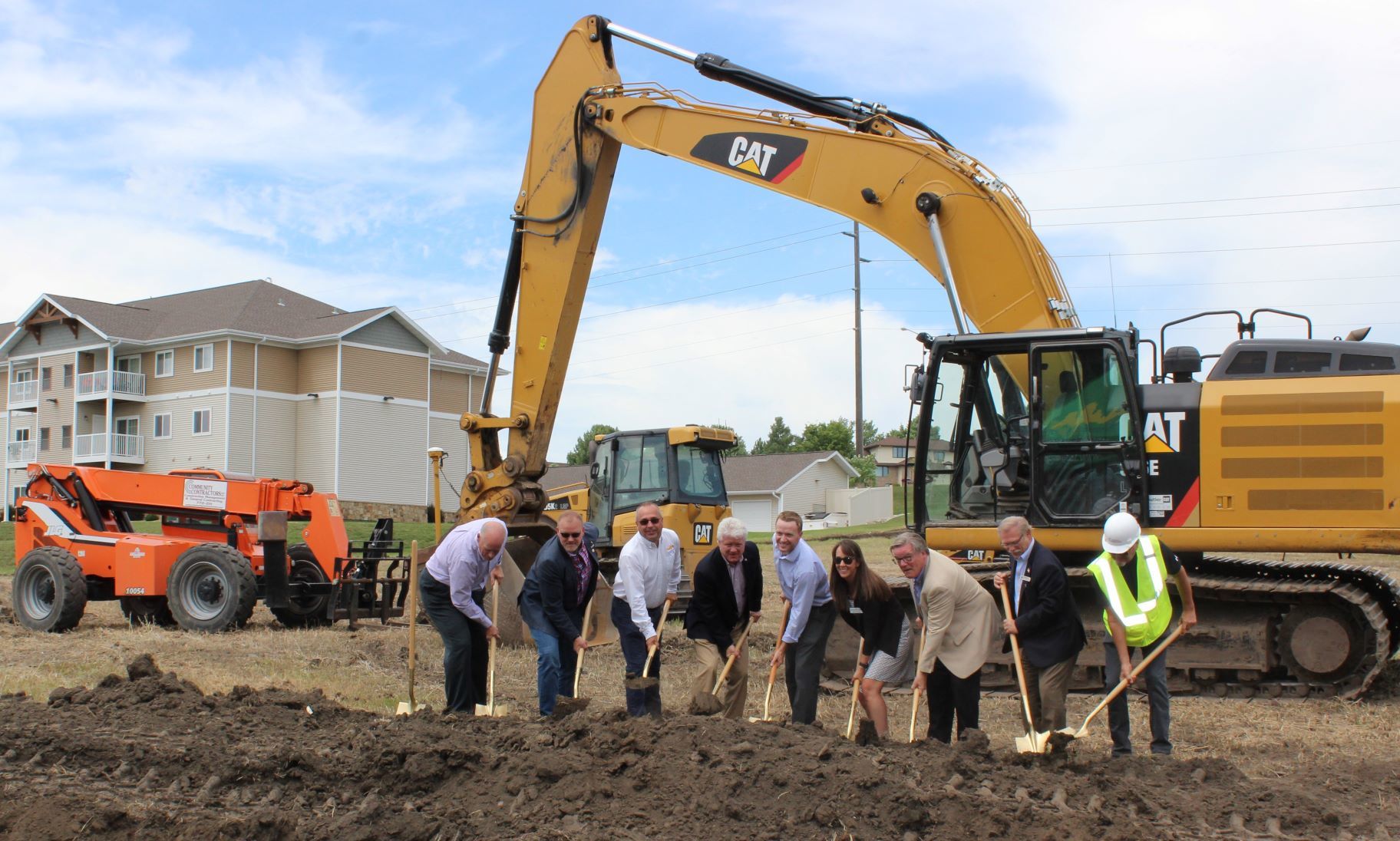 The event officially marks the start of construction on the new facility which will feature 35 one- and two-bedroom apartments for seniors and those who need assistance to live independently.

Last fall, the North Dakota Housing Finance Agency (NDHFA) awarded the project $788,000 through the Low Income Housing Tax Credit (LIHTC) and made additional commitments of $300,000 from the Housing Trust Fund (HTF) and $400,000 through the state’s Housing Investment Fund (HIF). The investments were part of the agency’s annual awards to projects addressing North Dakota’s greatest housing needs.

“Century Cottages will help to meet the Bismarck-Mandan area’s ongoing need for affordable senior housing,” says LCD Group Executive Director Brent Ekstrom, who notes the need will only increase in the coming years as more senior citizens relocate from rural areas and as Baby Boomers age and downsize.

Don Sterhan, President of Mountain Plains Equity Group, says Century Cottages is designed to provide a unique setting for residents. “It will be more of a community with an amenities package that promotes interaction and social activities amongst the residents. Our objective is to provide a quality place to live at a price residents can afford.”

The facility is expected to open by the middle of next year.