Since its founding in 2010, NDOF has been a loan participation leveraging private financing to help small business owners attain loans and investments to expand existing jobs and create new jobs. NDOF is available in 38 municipalities throughout North Dakota. Lewis & Clark Development Group has managed the program since 2017.

NDOF’s success, most prominently displayed in its disaster loan assistance program at the height of the COVID-19 pandemic, coupled with an assessment of lending needs, have prompted discussions about the program’s future.

At its most recent meeting, the NDOF Steering Committee decided to move beyond discussions. The committee directed LCD Group to explore the possibility of creating a collateral support program and a loan guarantee program. 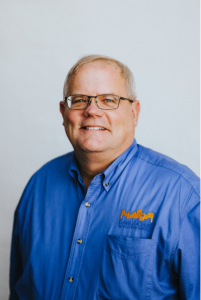 “I expected there to be some interest but I was surprised by how high the interest is in possibly expanding the fund. This would be a significant change so it is only prudent to proceed cautiously, but the numbers speak for themselves and the steering committee is right to begin exploring options.”

As of now, LCD Group staff is putting together preliminary details on a collateral support and loan guarantee programs. Both Burthold and NDOF Steering Committee Chairwoman Ellen Huber invite commercial lenders in the NDOF consortium to share their comments.

Comments may be sent directly to Burthold at matt@lcdgroup.org or at (701) 667-7601. More information about the North Dakota Opportunity Fund is also available online on LCD Group’s website.