LCD Group’s Tracy Whitney honored as ‘Lender of the Year’ 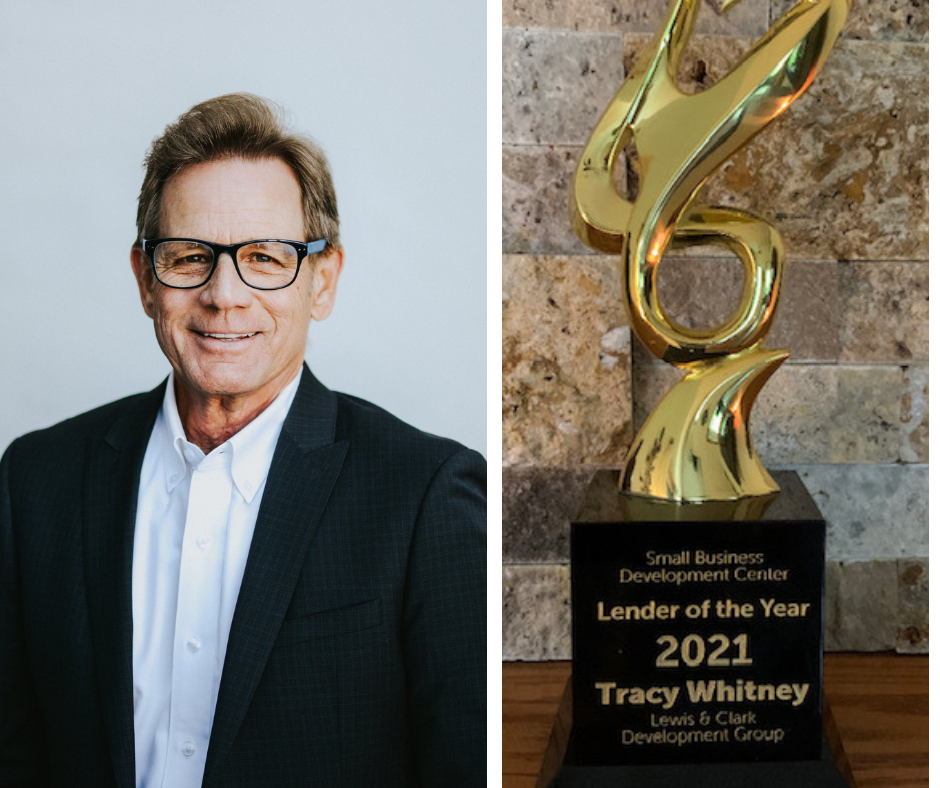 The recognition comes five months after Whitney retired from full-time work as LCD Group’s SBA 504 loan officer. He continues to serve as a senior advisor and consultant to LCD Group.

Whitney was honored for his work in supporting and assisting Williston small businesses throughout the years. By his own estimation, Whitney has put together more than 150 loan packages totally more than $500 million over the course of his 30 year commercial lending career.

Upon his retirement in January, Whitney reflected on the satisfaction he received from his career and work with LCD Group.

“Nothing is more satisfying than to walk into a new business or go to a project site and shake the hand of the client who is doing what they love because of what Lewis and Clark Development Group did for them.”