(Source: Apartment List) — New data from the Census Bureau shows how much each county’s housing stock expanded over the past decade. Nationally 9 million homes were built since 2010, growing the total market by 6.9 percent. But housing growth varies dramatically across different parts of the country. 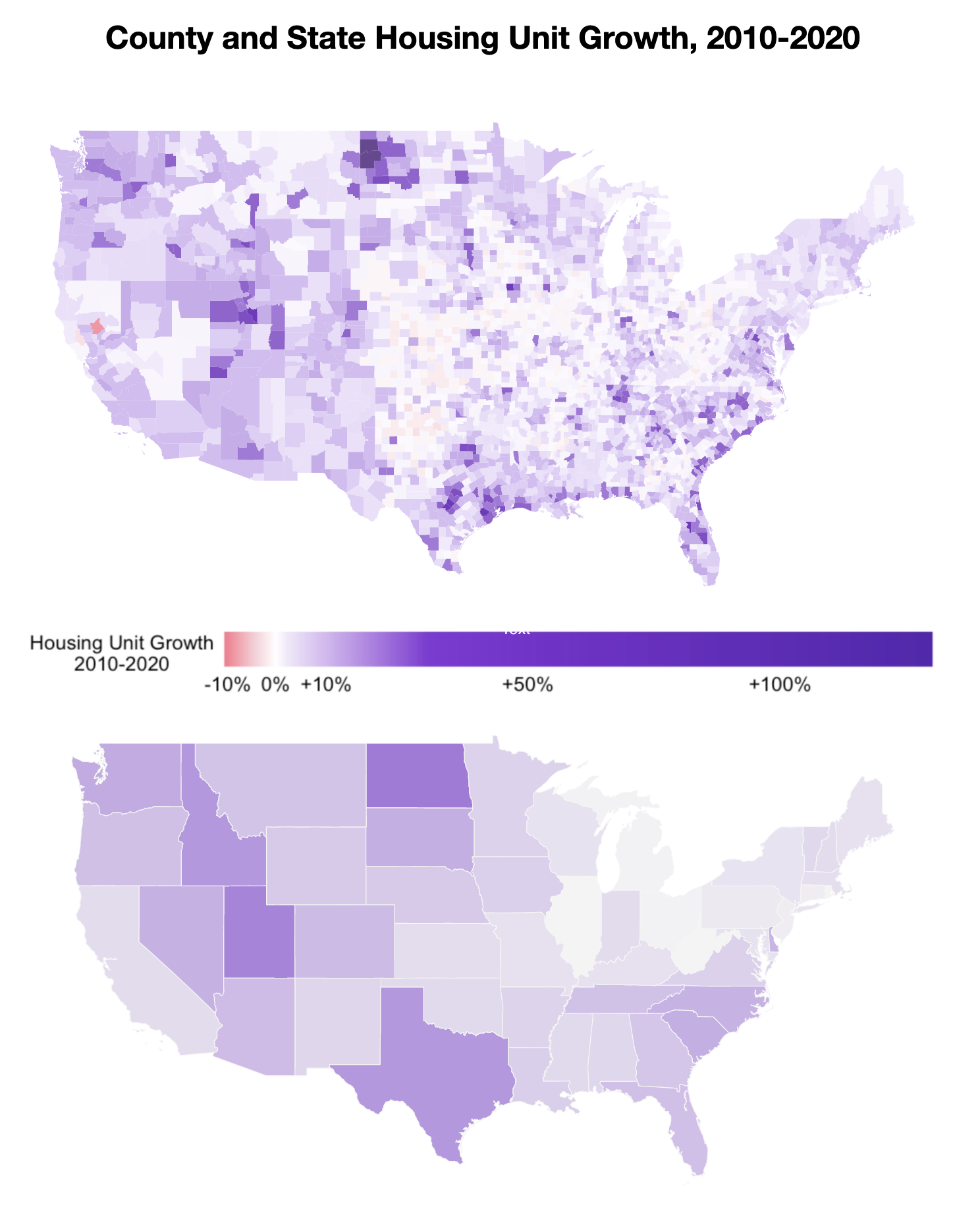 By region, metro areas in the Southern and Western United States added significantly more housing this past decade than metros in the Midwest and Northeast.

Looking at states, North Dakota, Utah, and Texas lead the pack for new housing construction with North Dakota leading the the nation in expanding its housing stock the fastest.

North Dakota (20.4 percent growth): Rapid growth in North Dakota was driven by an oil boom in the earlier half of this decade, which brought thousands of new residents to a sparsely populated region, spurring demand for new housing. Western North Dakota is home to the nation’s two counties where housing inventory grew fastest, McKenzie (+125 percent) and Williams (+88 percent), while there are several other surrounding counties that grew faster than the national average.

Utah (18.6 percent growth): The Beehive State ranks second thanks to strong housing construction throughout the broad Salt Lake City region. Salt Lake County itself expanded its housing supply by 15.6 percent, yet still ranks 12th in the state. Even faster growth occurred in surrounding counties like Wasach (+40 percent), Utah (+30 percent), and Morgan (+27 percent). There is also a pocket of growth in the southwestern corner of the state, centered around the city of St. George; housing stock in Washington and Iron counties grew 35 and 17 percent, respectively.

Texas (15.1 percent growth): Texas expanded its housing inventory with rapid construction in the suburban areas surrounding its major metropolitan regions, a trend mirrored in other large markets. Dense pockets of growth can be seen around the Dallas and Houston metros, and along the corridor between Austin and San Antonio. The Texas county that saw the fastest growth this decade is Hays (+48 percent) just south of Austin.

Click here to read more on the data and to search clickable county-by-county maps.