In response to the president’s budget proposal, NeighborWorks released the following statement:

The NeighborWorks America model is an example of successful public-private partnership with
a decades-long track record.

In fiscal year 2016 alone, NeighborWorks America financial and technical support provided to more than 245 nonprofit businesses that comprise the NeighborWorks network has: 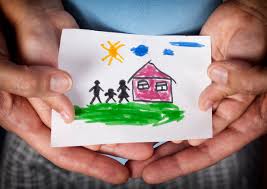 Investment by NeighborWorks America into these nonprofit organizations is leveraged with other capital from the private sector, delivering billions of dollars of overall economic impact annually and adding to the security of rural, urban, and suburban communities across America.

“Presidents propose and Congress disposes,” is an iron-clad rule of federal budget-making. This is important to remember when considering that President Trump’s proposed budget is just that – a proposal.

Over the years, Lewis & Clark Development Group has developed a close relationship with U.S. Senators Heidi Heitkamp and John Hoeven, both of whom have supported NeighborWorks’ mission and defended funding for the organization.

We will keep you informed of any other developments regarding the Trump Administration’s proposal.