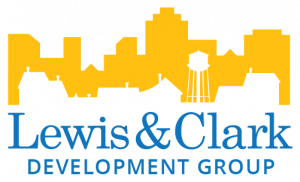 Warren Hawk – Lewis & Clark RDC
Hawk serves on the Standing Rock Sioux Tribal Council as an At-Large Member. He also serves the tribal government as a grants management specialist. He had previously served as the tribal EDA director and as small business owner. Hawk’s extensive experience in grants, economic development, and tribal government will benefit the RDC.

Dallon Bitz – Lewis & Clark CDC
Since 2019, Bitz has been commercial and ag lender for Security First Bank in Bismarck. He also owns and operates a cattle ranch with his farther.

Chad Johnson – Lewis & Clark CDC
Johnson is a commercial lender for First International Bank & Trust in Bismarck. He brings more than 20 years of banking experience to his new position on the CDC board.

“Nicole is an expert on affordable housing who is also a local elected official. Warren is an expert on grants, economic development, and highly respected tribal leader. Dallon owns and operates ranch in addition to serving as a commercial and ag lender. Chad brings a wealth of knowledge about the market he’s gained over the last 20 years. We are delighted to have them join our team and give their time to directing our work.”