(Source: NeighborWorks America) — Earlier this year, NeighborWorks America conducted a Housing and Financial Capability Survey. The national survey results showed that many people see the advantages in owning a home but are unequipped to handle financial challenges that stall their dream of homeownership.

Since 2019, NeighborWorks America has conducted its annual Housing and Financial Capability Survey to collect data that helps set the foundation for the stabilization of communities. The findings from the survey help NeighborWorks America understand who still needs the organization’s help and the areas that need the most attention.

Eighty-nine percent of people agree that owning a home gives or would give them a sense of safety and security, and nearly eight in ten believe homeownership grows a connection to the community. But many Americans aren’t confident enough in their financial readiness to reach their American dream of homeownership. Half or more who don’t own a home admit to needing at least a little guidance to rent or save to own.

Two-in-three Americans have less than $5,000 saved for a financial emergency 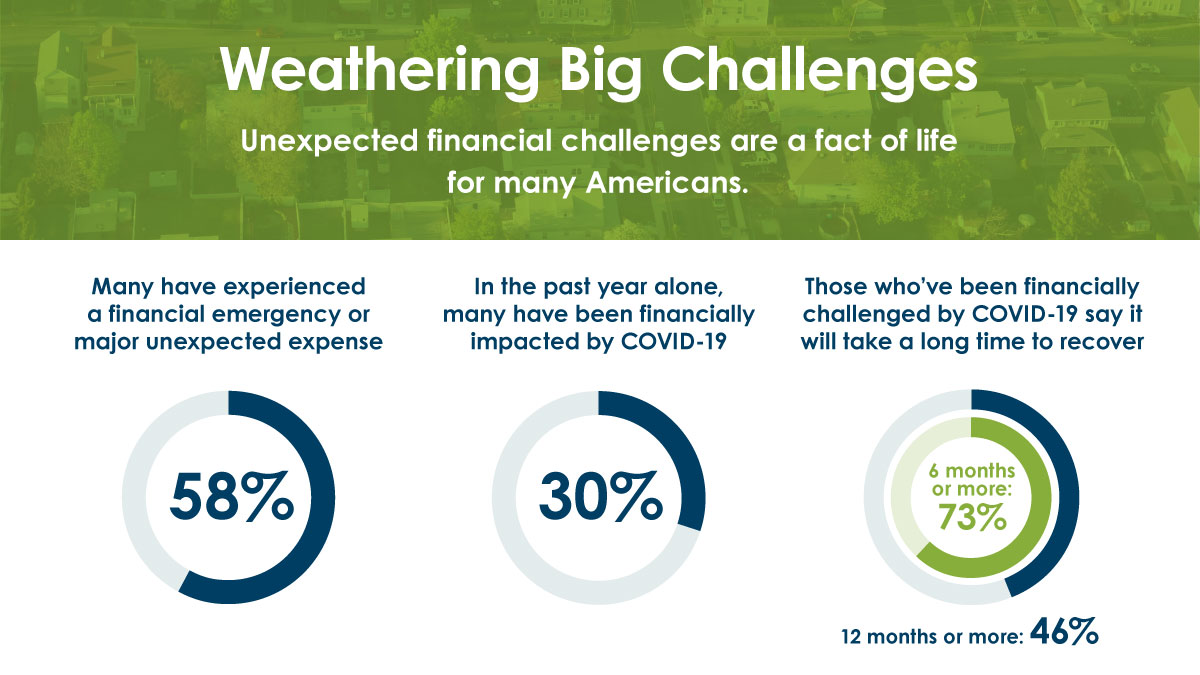 The desire to improve their financial preparedness is there: Half of Americans (50 percent) say they want to take classes to improve their financial situation, including 66 percent of Black adults and 56 percent of Hispanic adults. Among non-homeowners, 58 percent would be interested in receiving information on the home buying process. NeighborWorks network organizations around the country offer guidance and resources to help with budgeting, acquiring and improving credit, and reducing debt.

Credit is an obstacle for many Americans 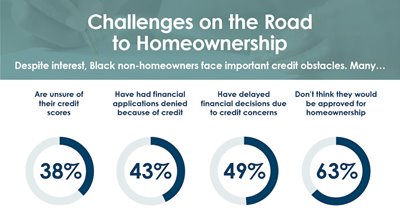 Credit is an obstacle for many households. For example, roughly three in ten people have had a financial application denied due to their credit score and a similar percentage have delayed a financial decision due to credit score concerns. Black adults particularly feel the strain: 43% percent of Black adults have had financial applications denied because of credit, 49% have delayed financial decisions due to credit concerns; and 63% don’t think they would be approved for homeownership.

The COVID-19 pandemic has exacerbated financial distress for nearly one-in-three Americans. Seventy-three percent of people who’ve been financially challenged by COVID-19 say it will take six months or more to recover, and 46% say it will take a year or more.

NeighborWorks can help. We know that unequal access to financial tools and resources is part of the problem, and we are working to create pathways to sustainable, generational wealth for everyone. Bad or no credit can affect a person’s long-term opportunities and goals including homeownership, and our network is helping people address any credit concerns or challenges early on.